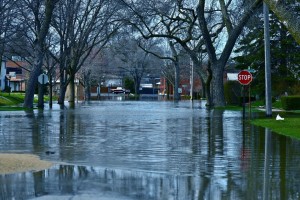 It’s hard not to notice the rising number of natural disasters: multiple hurricanes making landfall in the United States, record-setting wildfires and forest fires, once-a-century floods happening year after year. Across the United States, natural disasters are affecting more homes and businesses. But according to a detailed study, the insurance industry may be unprepared for the financial risk. An interdisciplinary team including scientists, statisticians and actuarial specialists from the University of Maryland, Agriculture and Agri-Food Canada, Boston University and the University of Texas at Dallas found that the current records of insurance claims and weather events tend to underestimate future climate-related risks.

In a report released earlier this year, climate scientists said that keeping the Earth’s temperature rise to 1.5 degrees Celsius would stave off the worst impact of climate change. Achieving this, however, will require rapid changes in the way we all use energy, eat, live and travel. The Paris climate agreement of 2015 set a long-term goal to limit global warming to “well below” an increase of 2 degrees Celsius above pre-industrial levels. It also committed to “pursuing more efforts” to keeping the increase to 1.5 degrees — a much more challenging goal. While large-scale natural disasters get the headlines, the evidence shows that local extreme weather events, such as floods and windstorms, cause more insurance losses overall, in both agricultural and home insurance. Climate change could cost the largest companies in the world more than $1 trillion, according to CDP, a United Kingdom non-profit that collects data on behalf of investors. However, the Task Force on Climate-related Financial Disclosures (TCFD), initiated by the G20’s Financial Stability Board, found that many companies around the world are not reporting in enough detail their exposure to climate change-related risk. This translates into greater risk for insurance carriers, as well. In 2017, the TCFD launched a voluntary framework that encourages companies to disclose details on climate-related risks in their public annual financial filings. However, in June 2019, the group reported that there was only a 3% increase in the number of firms disclosing information on their strategies for dealing with climate change.

No matter its cause, climate change is happening. It’s affecting homes, communities and businesses. The key to success for any business in the insurance industry is to be able to adapt to change, and not to be locked into existing structures. Talk to us at COST Financial about strategies to keep your business ahead of the curve.